Pamela and Mark's were married in Ballintubber Abbey followed by a reception the superb Castlecourt Hotel Westport! I hadn't crossed paths previously with Pamela which is unusual for most of the w...
C
P

Pamela and Mark’s were married in Ballintubber Abbey followed by a reception the superb Castlecourt Hotel Westport!

I hadn’t crossed paths previously with Pamela which is unusual for most of the weddings I cover, but being based in Dublin with Mark I suppose that may have explained matters. When we met up on wedding day, I found her such a warm and friendly person to be around…..a sincere lady whose company you feel very at ease in.

Pamela’s preparations took place in the Granary in Westport and she had a large gang of friends/bridesmaids/family around her on wedding morning. Bridesmaids the two Carolines’, Louise, Nia, Laura and Sharon were all displaying the most “happy out” heads on them and chilling while listening to a few tunes and hydrating (wink wink) at the same time! While at the Granary, it was my first time working with the gentleman that is Lukas Jamroz from Diga Video Productions…a gentleman to work with and I enjoyed his company throughout the day. One other person I bumped into was the lady that is Geraldine Haire from Ardilaun Creations who was responsible for the most wonderful of flower displays for Pamela….Ballintubber looked superb as a direct result of her work….and another lovely friendly face to meet on wedding days!

I hadn’t met Mark either prior to the wedding although he did touch base with me the day before trying to arrange some photos of him on wedding morning. Most people will know that this is something I don’t do….and in actual fact discourage it unless there’s a second shooter. Unfortunately two efforts were made to meet him on wedding morning and it simply didn’t happen so we first crossed paths moments before the ceremony in Ballintubber Abbey….such a lovely place and indeed where despite the large numbers of weddings it does annually, it’s a place that has a great welcome for wedding suppliers. One thing that happened during the ceremony and was something lovely to witness was the sight and indeed wonderful sounds of Pamela singing a song to Mark after holy communion….such a wonderful voice and such an excellent singer…well done Pamela!

After the ceremony, there were some heavy showers so we used the church for the family portraits and in between showers we used the grounds of Ballintubber for the Bridal portraits before making our way back to my favorite hotel in Mayo…The Castlecourt! The Wedding Co-coordinator Vinny is a true team player and there’s never anything unexpected taking place….Vinny keeps you abreast of everything as well as looking after wedding suppliers exceptionally well!
Thanks Pamela and Mark for trusting me with your wedding photography……wishing you both a lifetime of health and happiness!! 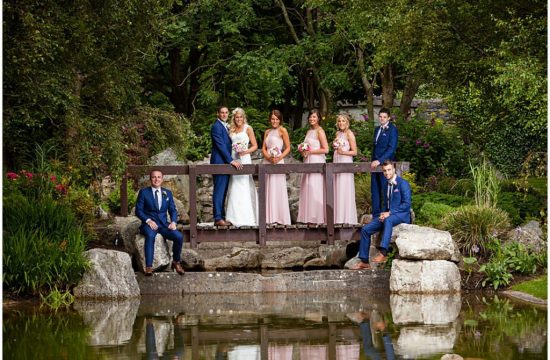 The Lodge At Ashford Wedding

Ciara & Ronan’s wedding in the Lodge At Ashford, Cong